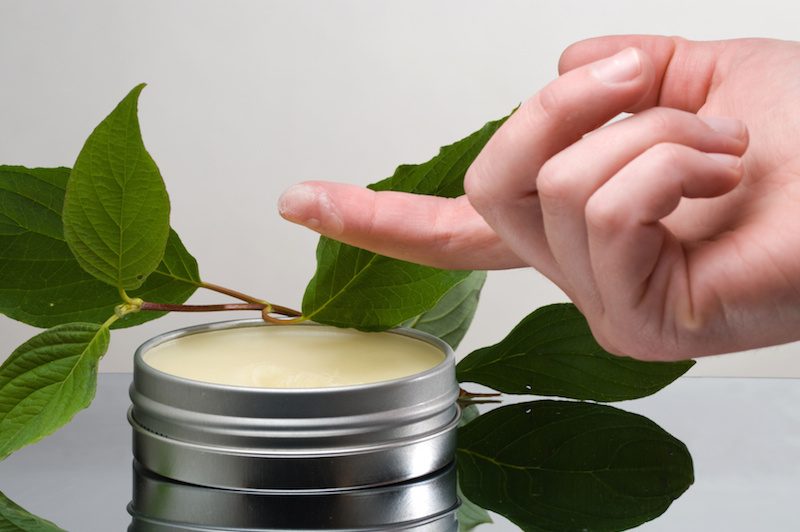 “You should put some salve on that!”

Whenever anyone has any sort of cut, scrape, burn or skin ailment, those are the first words that everyone in our immediate and extended family have heard me say.  Hey, I can’t help myself, we have a salve that seems to be nothing short of miraculous.

I have been known to slather this salve on every family member within slather distance, as I utter phrases like, “it can’ t hurt to try it” or, “worst case scenario, you might smell a little bit better.” More times than not, I later receive a call or text letting me know how the slathered part is no longer in pain, or pink, or itchy or throbbing, or …..the list goes on.  Yeah, I get a little satisfaction when these messages come in, but honestly it still surprises me every single time.  There is something inside my head that still thinks that this is some sort of magic, and that like pixie dust, it too will wear off after a while.

Well, we personally have used the salve for over 2 years, and the “magic” isn’t wearing off. Actually in the last two years of use, we just keep racking up the “salve stories” and yes I am still shaking my head in disbelief. However, now I am not the only one telling people that they “should put some salve on that”; my immediate and extended family are now repeating those same words to all the people they know.

So what exactly are the “salve stories”, and why are we so convinced that this stuff is fan-freaking-tastic? Well, just keep reading and you’ll see why we are a bit nuts about it.

Salve-story #1) A certain male in our family just so happened to slice his finger on the edge of our metal roof as he was executing a “controlled decent” down said roof. This slice in his finger was quite deep (probably could have used an internal stitch and a couple external ones, now looking back on it) and after rinsing it out and flushing the wound with hydrogen peroxide he slathered some Skin-Repair-Salve on it and bandaged it up. Within minutes the throbbing and bleeding had subsided, and the pain diminished. Within 12 hours he was amazed to see that the skin around the fresh cut had started to heal together without forming an external scab. Within 24 hours the cut appeared to be visibly sealed, and the wound wasn’t reopening with normal use of his hands, nor was there any redness or pain. After 48 hours he removed the bandages and there was almost no visible scarring, just a faint line where the wound was. *note – the external wound sealed up quickly, helping to prevent any infection from setting it, however it did take a good week and a half for the internal flesh to mend itself (we applied a separate vessel and vein blend to it during this time)

Now, you all need to know that my first instinct upon seeing the gash in his finger was to take a trip to the urgent care clinic to get him stitched up. So, being the good wife that I am, I suggested it…and he promptly discarded my suggestion; and that is why we now have a salve story. So, lets move on to the next one.

Salve-story #2) The aforementioned male in our family somehow managed to pinch part of his upper thigh in the tailgate of his truck and caused quite a hematoma right beneath the surface of the skin. (Please do not try to picture exactly how he did this…let’s just say that he comes from circus people, and move on)  He proceeded to apply the Skin-Repair-Salve on it along with a bandage, and within minutes the pain went away, and when he went to change the bandage 2 hours later, the bruising (hematoma) under the skin had dissolved (or was reabsorbed) and no further bruising or swelling happened.

I was home when this injury happened, however, I was not brought in to consult on the treatment plan; my duties were limited to pointing him in the direction of the salve and the band-aids.  There may be more to this salve-story than I know, and I think I am okay with being in dark on this one.  Let’s move on to the next one.

Salve-story #3) A guy who happens to live in our home (who may or may not be the same guy in story #1 and story #2) was cooking dinner and accidentally burned the pad of his thumb. It had already started to form the blister under the upper layer of skin when he quickly applied the Skin-Repair-Salve to it.  Immediately he noticed the pain of the burn had gone away, and shortly after (10 min or so) it was obvious that the blister had stopped its progress and had reverted back to smooth flat skin. There was never any leakage from the blister, and within a couple hours it was difficult to even see where he had been burned.

This is probably the one story that makes me think this stuff is magic.  I mean, I saw him get burned…I saw the red glassy spot where the flesh had been burned…I saw the beginning of a blister forming. I then saw him slap a dollop of salve on his thumb, and by the time we were sitting down for dinner it was as if he had never been burned. I even remember having to look at both of his thumbs, because there had to be a mark of some sort on one of them, and I just though he must have forgotten which thumb he burnt. So, let’s pick on someone else for a bit, shall we?

Salve-story #4) A certain tween-ager in our home can at times develop a little “lip-licker’s dermatitis” in response to stress or a food trigger, and she develops some bumps and rashes (contact dermatitis) when handling too much timothy hay. (BTW- the rabbits eat timothy hay daily, so not handling timothy hay isn’t an option.) Whenever these issues crop up, she has applied the Skin-Repair-Salve, and the redness and bumps vanish. She now keeps a small tin of the wonder-stuff in her purse or pocket.

Shhhhh, don’t tell her that I told you, but she also uses the stuff on pimples. Quick, on to the next story…

Salve-story #5) When ever you have to handle a lot of paper and/or fabric, your fingers and hands can become super dry, chapped and cracked. Once they are cracked, it is difficult to get them to heal properly since they are constantly in use and repetitive washing and drying removes so much of our body’s natural oils.  The Skin-Repair-Salve has found a place in the sewing kits of many local quilters. (My mom isn’t a “pusher”, she is a provider!)  Not only do the ingredients in the salve help soften and nourish skin, they also help to promote rapid repair which reduces the amount of time that a wound stays open, thus reducing the opportunity for an infection to set in.

True story…the first several batches of Skin-Repair-Salve went to a group of ladies in my mother’s quilting guild.  You see, my mom is known in her quilting circle to be the one who always has cracked thumbs. (I mean the woman pretty much has her hands on fabric every waking minute) So, when she showed up at a quilting event with healed thumbs, they all thought she was slacking in her quilting duties, when in fact she had been using the salve.  So she quickly started scraping little bits of her salve into small containers for them to try. And the rest is history….

Salve-story #6) Sunburns suck! We really wish that no one would ever have to suffer from a sunburn ever again, however, sometimes you just get caught outside without sunscreen and end up getting a little crispy. Using the Skin-Repair-Salve on a fresh sunburn seems to offer similar results to that of using it after a burn in the kitchen.  Applying it to a sunburned area, we saw immediate reduction in the initial redness and a significant decrease in the tenderness and pain. Over a period of several hours the pain and tenderness of the sunburn was gone, and as for the redness that then leads to peeling…well in one sunburn incident we realized that there was never a peeling stage to the sunburn.

The lesson that was learned in this story is: Don’t forget to rub sunscreen on your legs when you go kayaking in the Florida Keys with your daughter. Right, honey? ?

So, as you can see from these “salve-stories”,  Skin-Repair-Salve is really our go-to salve for all things skin related.  In addition to the above stories, we have also used our salve on bug bites, blisters, chaffing, dry elbows & heels, razor burn, hang-nails, ingrown toenails, heat rash…the list goes on and on.

So, does this salve save the world? No, not yet!  But, it does have amazing powers brought about by the individual and combined properties of each of the organic ingredients.

So what exactly is in this amazing product?

Yep, that’s it…all those natural ingredients swirled into a tin of goodness. In that mix you have ingredients with antibacterial, anti-fungal, anti-viral, antioxidant, analgesic, hemostatic, astringent, anti-inflammatory, comedogenic, antispasmodic, and antiseptic properties…. so it is easy to see just how much of a powerhouse Skin-Repair-Salve is, and why it is our go-to product.

So, have any of you had the opportunity to “put some salve on that”?  If so, we would love to hear from you, and maybe your story will be posted for all to see.

Want to give Skin-Repair-Salve a try?  Check out the Healthy Habits Shop and place your order today.